The Cotec Report has been published annually since 1996. It reflects the situation of the R&D sector in Spain. In 2019 the Cotec Report presents the innovation indicators in Spain with small advances compared to the data of 2018.

In Spain, the investment in R&D grows 6%

According to the data, this growth did not have as the main funder to public administrations; it was the private companies who boosted the progress on research spending by increasing their investment by 8.2%. This evidence, contrasting with the general perception of living in a context of global change. The advances have not been enough to recover the position prior to the crisis, a position that European Union countries have already achieved. 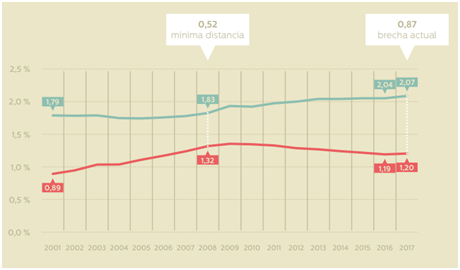 Promotion and funding of Social Innovation in Europe

As a result of this analysis, it is evident that during the 2008-2018 decade a European ecosystem of Social Innovation was created, taking into account the number of countries, projects, platforms, networks, and stakeholders involved.

The maximum impetus to Social Innovation through the funding of projects has been given within the framework of the H2020 Program, this has increased the number of projects developed. The topics of the projects have been progressively incorporating a wide variety of fields in order to disseminate the concept of Social Innovation, shaping it as a polysemic and polyvalent concept, applicable in different contexts of social reality. 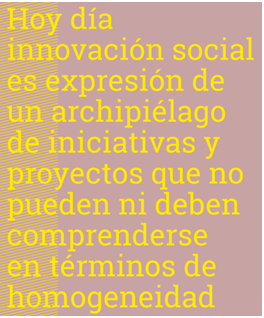 At the same time, the report highlights the idea that Social Innovation will be identified as a set of valuable instruments designed for cooperation between social groups with the aim of solving the problems and demands of our society.